Advertising During a Recession - Does it Make Sense?

Facebook Twitter
There is historically a strong case for increased advertising during a recession.
Mark Van Horn, who runs support groups for small business owners says, "What everyone cuts first is marketing, which is crazy.
Look at your marketing to see where you actually get a return.
But the last thing you want to do is eliminate the thing that will bring in new business.
" A classic example of this is Kellogg and C.
W.
Post during the Great Depression.
Consumers didn't totally stop spending, and Kellogg knew that keeping its name in the forefront of everyone's mind would pay off.
It did, and not just in the short term.
When spending picked up again and Post resumed a normal marketing campaign, consumer loyalty remained with Kellogg.
Another example, and one that pertains to what was then considered non-essential spending, was the case of Chevrolet and Ford during the same time period.
During the 1920s, Fords were outselling Chevrolets by 10 to 1.
Chevrolet expanded its advertising budget and by 1931 the "Chevy 6" took the lead and remained there for the next five years.
Simply put, the companies with the most sales and growth were those which advertised heavily.
This trend has proven true in every economic recession since.
The short-sighted decision by many companies to implement advertising cutbacks left many customers feeling abandoned and associated the affected companies with a lack of staying power.
Dropping out of sight, where your client base is concerned, is not a good idea, particularly if your competition is doing just the opposite.
One company that seemed to prove this point is Stanley Works.
In 1974, one of the world's largest manufacturers of hand tools decided to launch a huge advertising campaign to combat softening demand for its consumer products.
It worked.
While the heavy industrial tool division fell somewhat, its consumer business took up the slack, increasing sales and preventing future decline.
Stanley's hand tool business had a continued 8% growth rate, twice that of its competition who chose to dramatically decrease advertising spending.
Some companies rely on price incentives to boost lackluster sales.
Avi Dan of Ad Age points out that this is dangerous because it devalues the company name and it is hard to break away from that later and increase prices.
CEO Drew Reisser of the marketing consulting group Renegade suggests focusing on advertising with clear and proven returns on investment such as Internet and promotional advertising.
Just remember this.
During difficult economic times, you need to build equity and solidify your client base, gain new customers and make inroads on your competition who may be trying to save money by cutting their advertising budget which will render them almost invisible at a time when your company name will be popping up everywhere.
In the photography industry, we have seen recent trends toward more full-page magazine advertising by such groups as the custom kitchen and bath companies.
At a time when consumer spending is more selective, several business owners in this category have chosen to increase awareness and put forth an image that definitely shows their business as one that is strong and growing.
Another example is that of custom home builders, and this is one area that has been suffering substantially because of the downward trends in the real estate market.
However, several savvy builders have watched their competition dwindle down their ad budget and they have chosen to do just the opposite.
In speaking with one of our clients recently, we were told that this has given them just the boost they needed and presently they are suffering no lack of business.
Another area that is typically hard hit during an economic crunch is the interior design industry.
Consumers are being more careful how they spend and tending to spend less on what many consider to be luxury expenditures.
But on the positive side, those interior designers who have good web sites with excellent photography of their work seem to be faring much better than their counterparts who do not.
They have a target group of consumers they are trying to reach and stay in front of.
Said one of our clients, "When the purse strings open, I want to be the only one they think of and the only way that is going to happen is for me to show them that I haven't gone anywhere...
I'm still here and still going strong.
If they perceive me to be unaffected by the economy, then they assume that I simply must be the best in my field.
" One of our clients is a company with no store front, who sells consumer products strictly on the Internet.
Their philosophy is that better photography does indeed equal more sales.
They went from very poor product photos to images that pop off the page and show the product quality very distinctly.
It caused a dramatic 300% jump in sales that has held steady ever since.
"It gave our business a much more trustworthy image that we desperately needed.
When you sell online, you have to look like you're a business and not someone selling junk out of his garage.
Trust is the key to success there, and having really good product images makes us look like the kind of company that will stand behind what they sell.
" As the economy struggles, companies who want to not only survive but gain ground will have to look for more ways to capture attention, and photography plays a huge role in that. 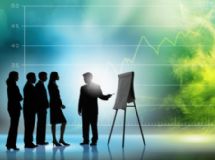 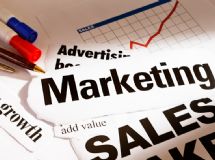 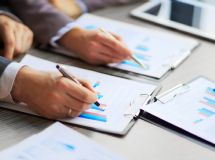 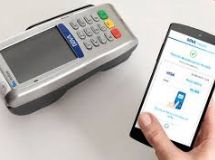 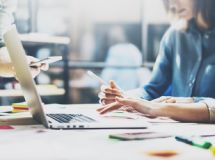 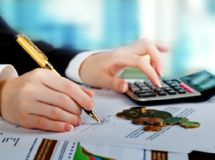 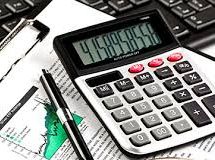 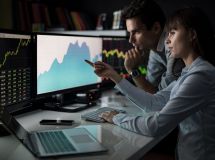